Well I'm trying to increase my blog post frequency so that it becomes more of a habit and I am able to continue posting regularly through out the year. So below is a game report from last Saturday's game of Striker! played at the club with clubmate Chee-Yan Hiew.

I was playing Manchester United. It was Chee's first game (although he had watched a game previously) but he quickly grasped the concepts in the rules and the game was very competitive and as you will see, went right down to the wire.

If you are interested in finding out more about this fun game you can follow the link below or search for the Striker group on Facebook.

The clash of Premier league giants results in tense match.

United and Chelsea met on Saturday in the Croydon Invitational Cup with both sides looking to impress as they look towards the opening of the 2018 season. United was the favourite based on past form and were expected to start the year strongly, while all eyes were on the new Chelsea manager Chee-Yan Hiew to see if he could open the year with a good performance.

The game got underway with United making a move down the left wing but a wayward pass saw the ball out of bounds and Chelsea took control. Immediately Chelsea started promisingly with nice ball movement before being stopped by the strong United defense. 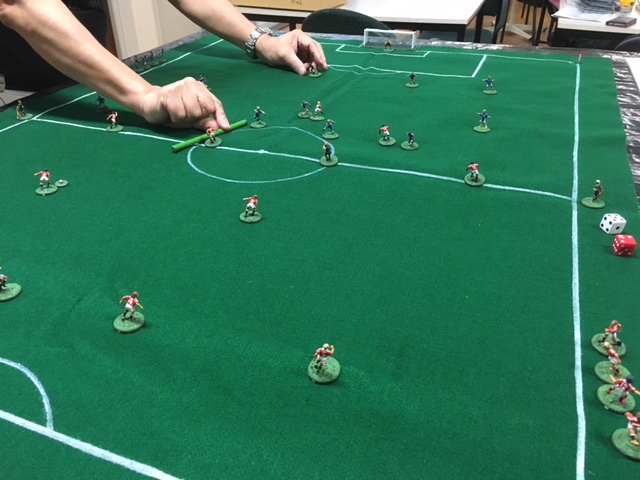 Action gets underway in the Croydon Invitational Cup.

The game then settled down into a battle of the midfields with both sides working well but unable to crack strong defensive play.

The first chance of the game came with a break through by United who surged towards goal but the final pass was overcooked and the Chelsea keeper was able to safely take the ball. 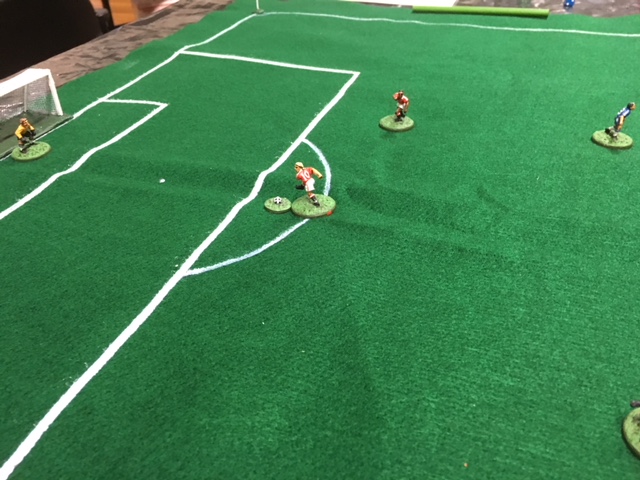 The Chelsea players came in for some rough treatment by the United midfield with Number 8 putting in a rough challenge on a Chelsea mid fielder and receiving a yellow card. The resulting free kick and Chelsea attack was eventually cleared by the United defense and they counter attacked strongly. The break through came in the 24th minute with United scoring off the boot of Andy Cole. 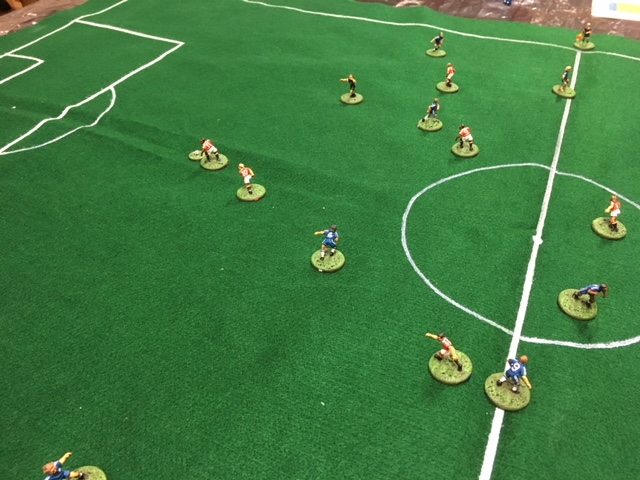 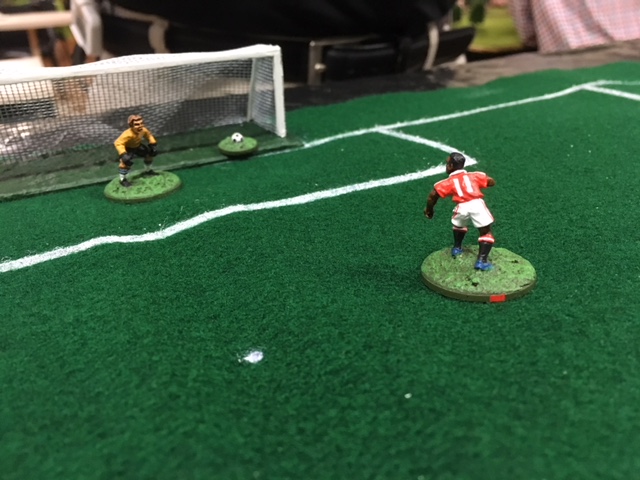 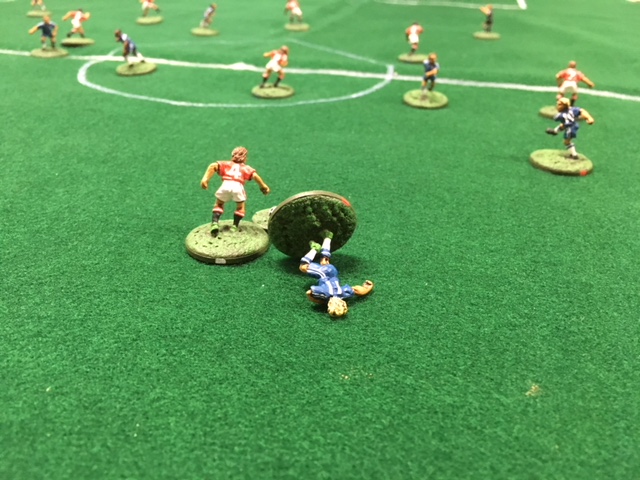 A nasty challenge from the United defender but the ref has missed it! The Chelsea fans are not happy!

After the restart Chelsea pressed forward but again they were denied by the United defense who had not been seriously tested so far. Possession then switched back and forth with neither side mounting any promising attacks.

In the shadow of half time United worked a nice passage of play that put the striker with only the Chelsea keeper to beat but the shot was deflected round the corner and United went into the break ahead on the scoreboard but ruing missed opportunities to put Chelsea away. 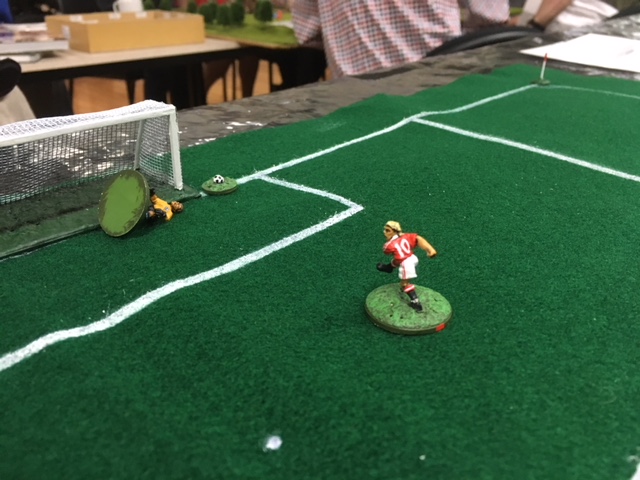 Missed chances on the day almost cost United the win.

The second half got underway with Chelsea in attack trying to find a chink in United's defensive armour. This passage of play gave Chelsea their first serious chance but the United keeper was up to the challenge and put in a good save to keep Chelsea scoreless. United again rebounded strongly in attack but a miss-communication between the United strikers enabled the Chelsea keeper to again recover the ball safely. 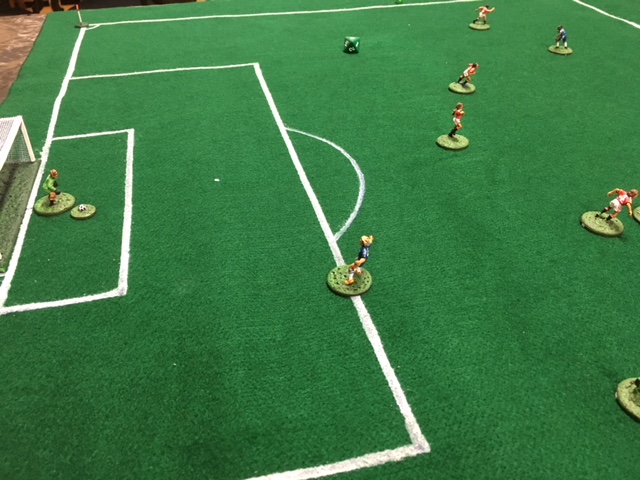 Chelsea striker's shot is saved by the United keeper but the Chelsea pressure is building.

Chelsea finally got into a groove and mounted a promising passage of play aided by some free kicks from United for rough tackles. Chelsea worked methodically and were able to level the score in the 78th minute with a nice shot from the Chelsea striker. 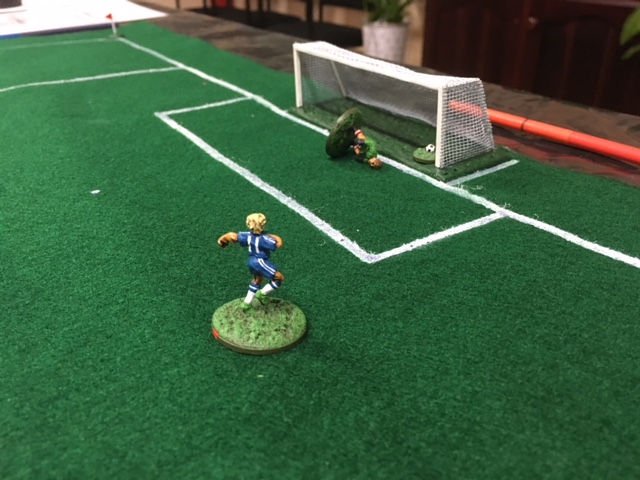 The tension in the match markedly increased with the restart with both sides trying to work a sequence of play that would give them a chance to break the deadlock. It looked like the game would end in a draw after a promising United build up came undone after a pass went astray and Chelsea recovered for their final attack.

However at this critical moment a defensive error saw United intercept a pass and launch into the final attack of the match. This time there was no mix up with the United Strikers combining nicely to put the ball into the back of the net in the 89th minute to secure a 2-1 victory. 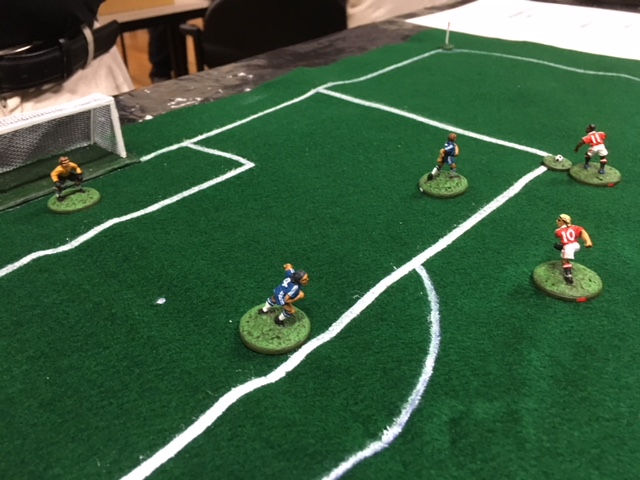 United launch a last gasp attack in the dying moments of the match. 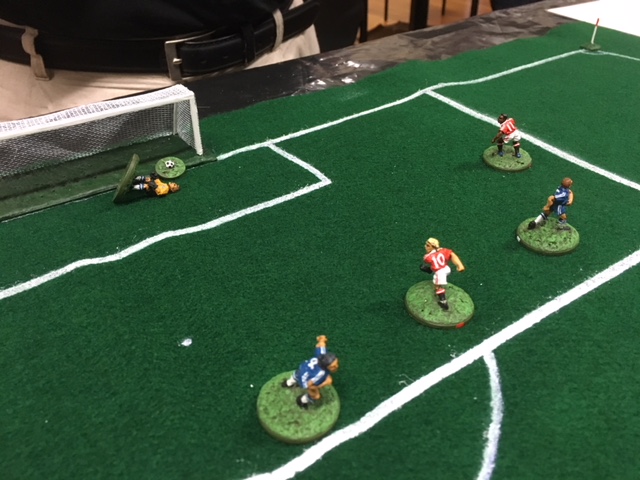 A clinical finish by United secures the win!

So United took the three points on the day and probably should have made better work of their chances but Chelsea also impressed under their new manager and a draw would have been a fitting result for his debut. Chelsea can definitely build on this performance as they look towards their next match.