Well I find myself in a bit of a pickle.
My efforts to stay focused on one period for an extended period of time lies in tatters on the ground. I do really envy those wargamers that "stay on target". There are guys at my local club that play Napoleonics and nothing else! Every meeting out come their hordes of Russians, French, British, Prussians and Austrians. I think they don't paint a lot as I dont really see any new stuff appearing on the gaming table but if that's what floats their boat then good for them.
Not me. I am cursed by a continuing desire to pursue something "Shiny". Lately I have got my painting mojo going and I have managed to paint around 30 odd 28mm miniatures to be used in Empire of the Dead/In her Majesties name VSF/Gothic horror gaming. I still have around another 30 odd left to complete the forces I need to satisfy that particular itch. 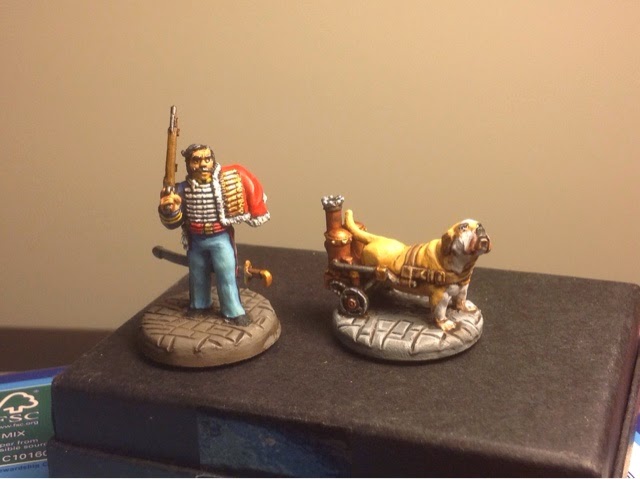 That dashing fellow Shaftsbury and his loyal steam Bulldog Winston! 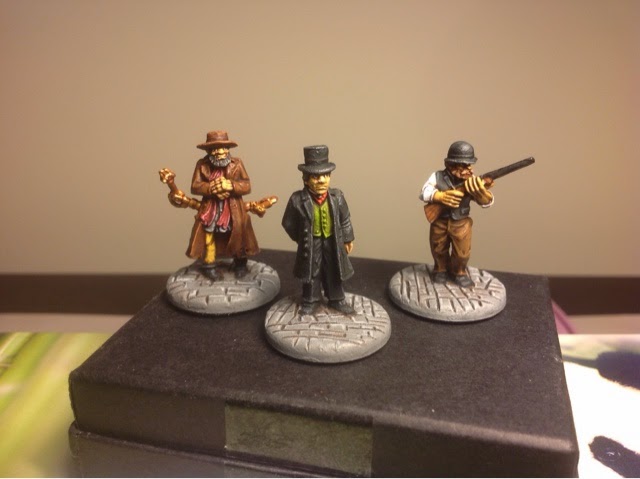 The evil mastermind Moriarty, the cunning Fagin and a random ruffian. 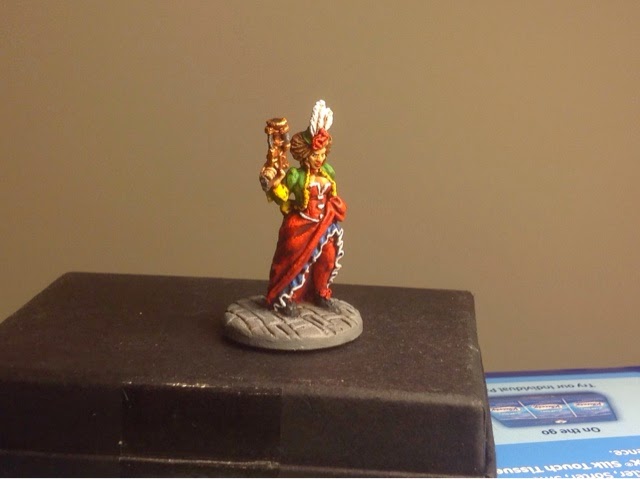 Moriarty's romantic interest. No slouch with a sonic oscillating pistol either!
After that I have a whole platoon plus supports of German Afrika Corps in 28mm so I can finally play a game of Chain of Command. At least I have finished the eighth army British platoon.
Also in what has turned out to thankfully, not be such a large divergence, I have quickly churned out a platoon of Russian WW2 infantry in 15mm again for Chain of Command as fellow Crossfire player Michael Stringer (and recent victorious German CiC from the international event "Operation Crossfire") was interested in using CoC to play Barbarossa 41-42. The Russians are done but I will probably do a german platoon for myself anyway so I have a matched pair. Thankfully 15mm WWII is quick to paint. 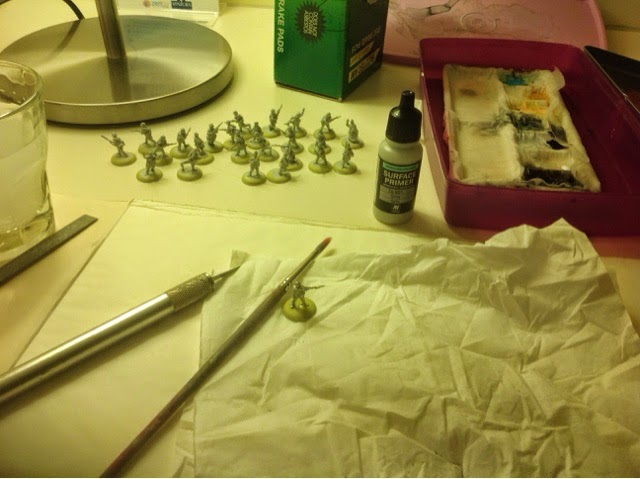 15mm Russians on the painting table for Chain of Command. To undercoat the Russians I used a new product Vallejo's surface primer. This is very easily to apply and it forms a great base to apply paints.
Then after that I still have a few units to complete my Parliamentarian ECW army. I need another pike and shotte regiment and a commanded Shotte unit followed by about three troops of horse.
And lastly, in a real impulse move I bought the starter box for the new Mars Attacks game from Mantic.
I loved the movie and I love the whole pulpy, cheesy Sci Fi genre. The box sadly comes with a squad of modern US soldiers to oppose the Martians. (Geez Mantic! If you are going to do the genre right you have to have B movie US army guys not modern soldiers!)
I will most likely flog off the modern US soldiers to fellow gamer James who will use them as Shield troopers for his super hero games. I ended up buying a box of Wargames Factory WWII US infantry which just scream B movie US army or national guard. 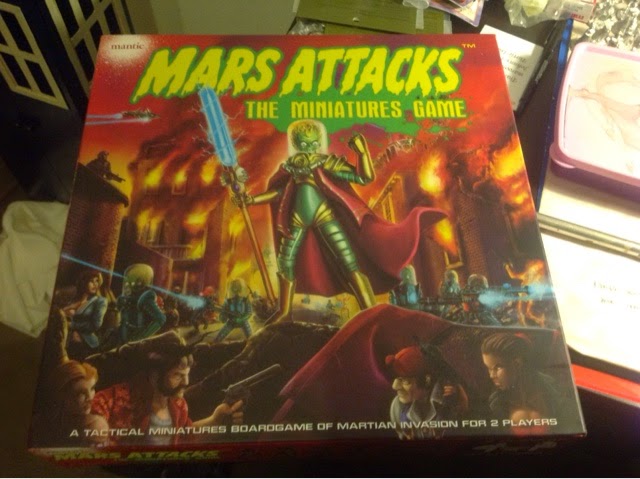 Lastly I have about 20 pirates to finish off my crews for my Scratchbuilt ships.
Oh and did I mention I still have some 28mm Russian Napoleonics to finish too!
And this doesn't cover the various terrain projects I have to do including more buildings for ECW and 15mm WWII and 28mm Victorian London buildings for EOTD/IHMN.
So you see I really do have a problem. However I am determined to put in a mega painting effort to reduce this backlog as much as I can before the end of the year. Why do I need to do this? Well I have yet another period to start and its a real doozy. I have a box full of 28mm Prussians for Seven Years War as my major project for 2015.
And that's it! Hand on my heart I will not start another period until I have knocked a few of these projects off the list. I need to become a more focused gamer so that at the very least I can actually play some games of these periods. At the moment I can really only game 28mm VSF (EOTD/IHMN) and ECW and the ECW, I don't have a matching army so I can play at home.
Having said all that, I have a really big desire to start some 28mm Landsknecht for Italian wars but I think I can hold off on that madness for now!
One positive of all this for you, my devoted followers, is that I can post a fair bit of eye candy of these different projects and with the summer holidays upon us I have more time to post on my blog. So keep checking in from time to time to see whether my new "focus" prevails.
Cheers
Neil
Posted by Neil Hughes at 10:06 AM 2 comments: