The Battle of Mitcham - GASLIGHT

The tensions between the British and Prussians have now escalated into open combat. Reports of a large action around the small hamlet of Mitcham have caused us to despatch correspondents to obtain further information. The following photographs, taken at extreme peril to our reporters fully illustrate the seriousness of this event and it leaves us with no doubt that war is inevitable between our two great nations.
It appears that both sides have employed fantastic new technology to devastating effect against the enemy.
Our reporter has been able to obtain the first images of the new Prussian forces. 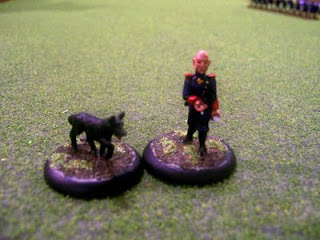 The Prussian commander identity unconfirmed at this stage. 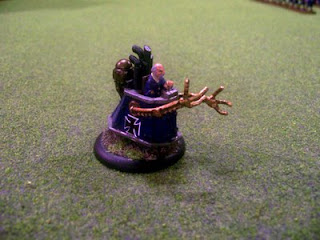 It appears the mystery of the disapperance of genius inventor Lucifer Hardlove has been solved, and sadly for our country it is evident to all where his allegiance now lies. 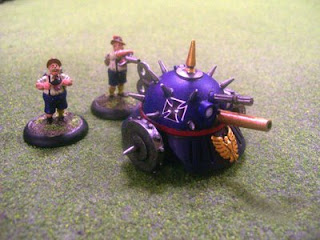 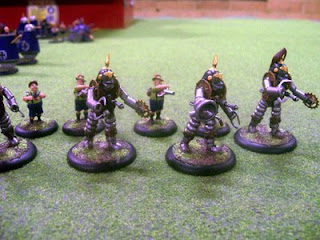 An array of deadly new instruments of destruction employed by the Prussian menace. 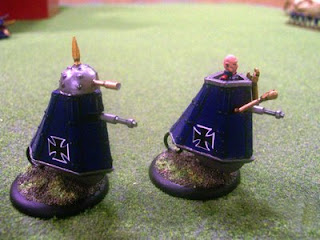 These strange contraptions were heard to scream in a mechanical voice.. "Exterminate Mein Gott! " 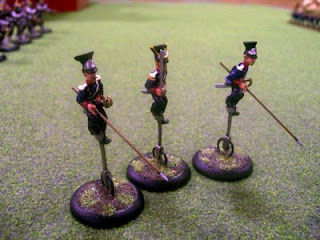 These Prussian Uhlans have obviously appreciated the benefits of unicycle mounts. 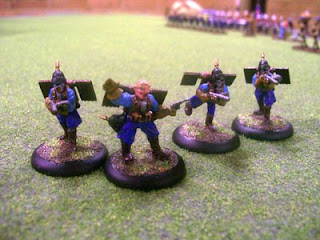 Prussian shock troops that can incredibly take to the sky in short bursts of rocketry to cover large distances in a moment. 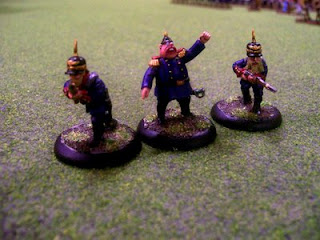 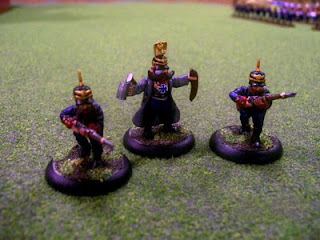 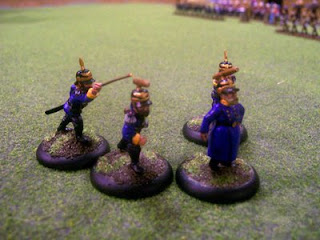 Some of the Prussian subcommanders.
The following images were taken during the actual battle. Sadly our photographer was wounded by stray gunfire and as the battle intensified we were forced to retire to safer ground. It appears that the battle ended in a bloody draw as nightfall forced both forces to retire. 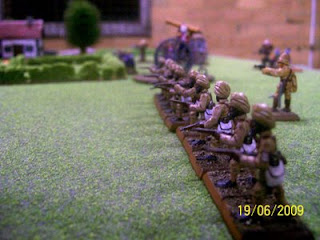 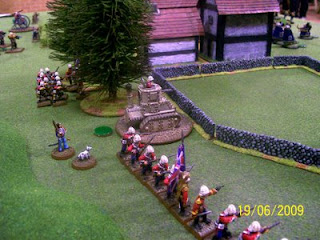 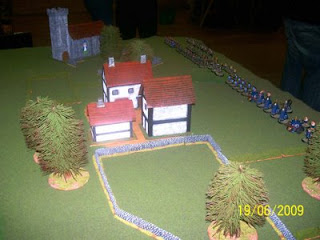 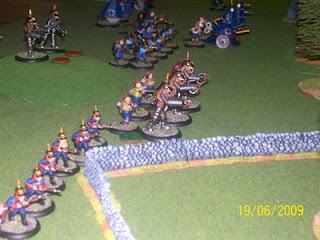 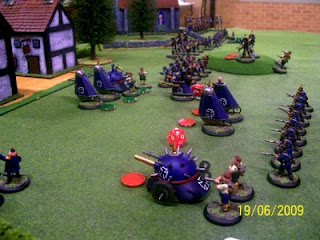 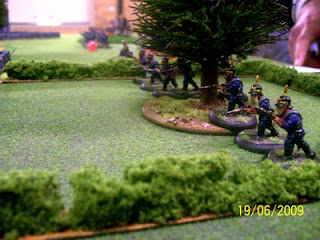 The British forces advance with their powerful Impervious Suits supported by the 17th Unicycle Lancers. 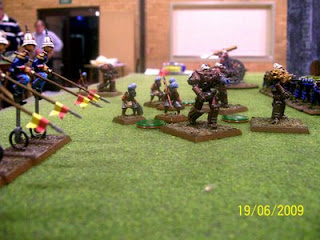 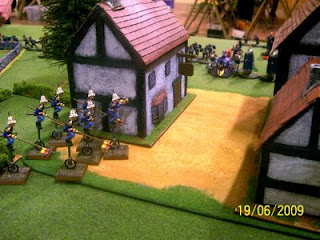 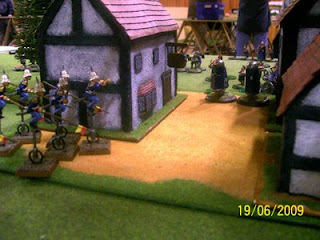 The 17th Lancers sheltering behind the Inn after taking casualties from the machine gun armed Prussian Daleks. The Daleks enter the village. The Lancers prepare to charge. However their plans are foiled by the sudden attack of the Prussian rocket troops attacking them from behind
those callous fiends! Booo! Hissss! Watch out! He's behind you!!! "Oh no I'm not!" 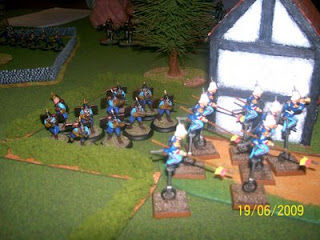 All miniatures are from Eureka Miniatures here in Melbourne. The terrain and British forces are my own while the Prussians are owned by fellow NWAer Tom Brake.