Okay! Okay!  I know I said that I would concentrate on only a few periods this year to maximise my painting efforts but my strong resolve that has held for 11 months of the year has finally been broken.

It all started with International talk like a pirate day. A bunch of guys at the club dusted off their pirates and started playing legends of the high seas and well its kind of taken off at the club with more than a dozen players putting together their pirate bands.

So like a lemming I have finally succumb and rushed off the cliff.

So here they are my band of sea faring ruffians.... 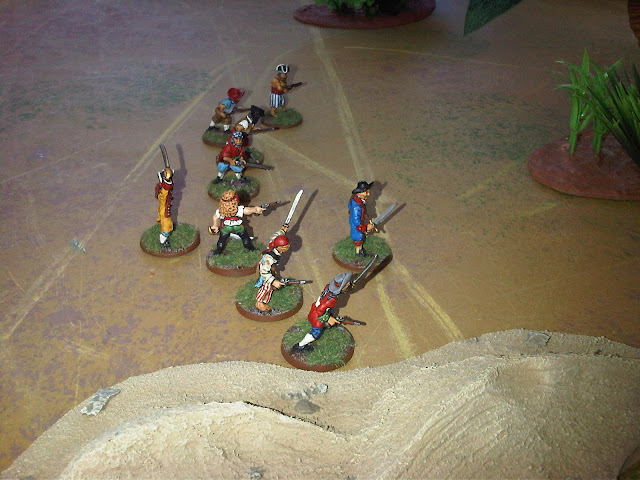 The figures for my crew are a mix of Eureka miniatures and Old Glory. 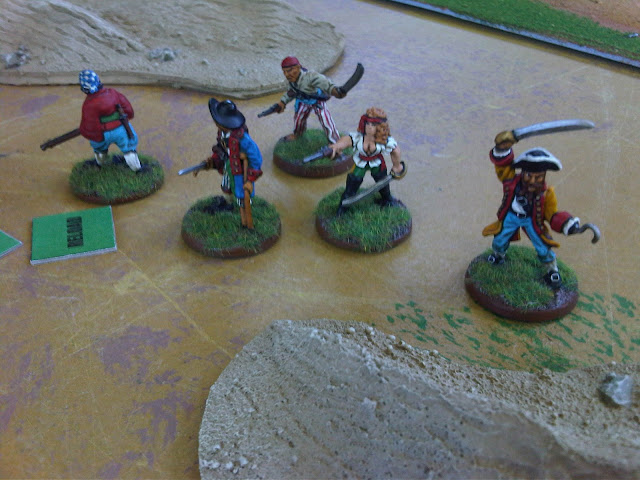 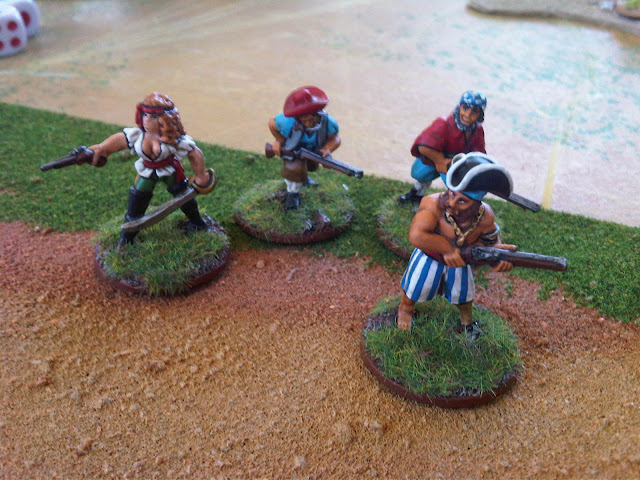 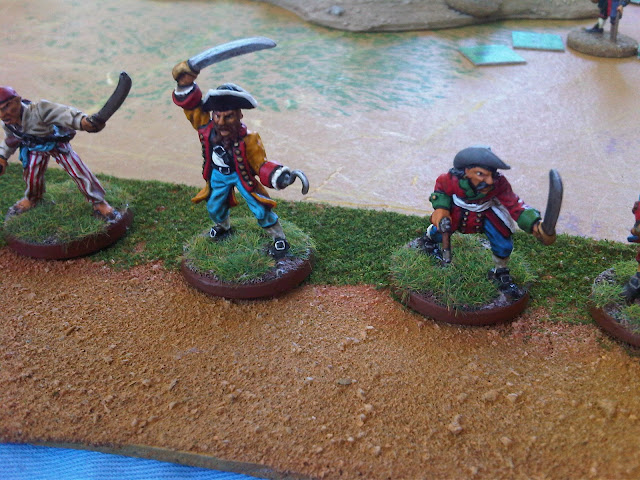 My Captain in the yellow jacket! 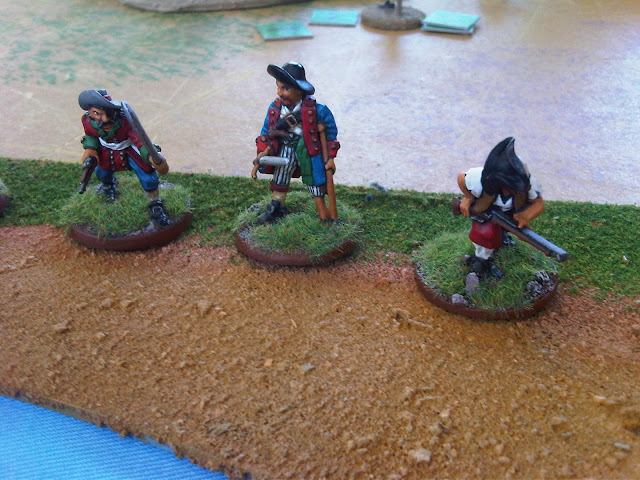 I had my first couple of games on the weekend and being a novice predictably, they had their butts kicked in both games, but the crew are slowly acquiring more skills so hopefully they will give a better account for themselves next game.

In my last game my Captain was captured, so the next game will involve a prison break out.
Legends of the High Seas is a lot of fun and I am also looking forward to using these rules to play English Civil War skirmish games.